Pulsed Electromagnetic Field Therapy and ONJ Osteonecrosis of the Jaw 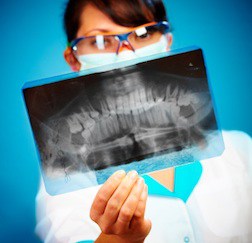 Once in a while we get emails from our customers that are worth sharing. KW in Texas was suffering from Osteonecrosis of the Jaw. She blamed the onset of the problem on biophosphonates that had been prescribed for her following breast cancer.

She wrote to us and said. “

I wanted to let you know how much relief the mat has provided me regarding the osteonecrosis of my jaw. I no longer have pain and my mouth has healed. I know that the electromagnetic pulsing the mat provides has helped in this situation.

There are so many others who have been diagnosed with this horrific condition…….caused by the greedy drug companies releasing drugs that are unfit for human consumption……as well as the medical system that refuses to accept responsibility to look outside their paradigm and see that there are better ways for the body to heal than using drugs.

I am still looking for a way to remove the drugs from my bones to stop the necrosis process………but feel that as long as I have the mat, I will be fine!

Thank you so much………Your help has most likely saved my life.”

(Author’s note: The Pulsed Electromagnetic Field Therapy device Curatron is not an FDA approved medical device here in the USA. Please read our “DISCLAIMER” page on this website. Some of our customers do use the Curatron 2000 for medical applications. We do not condone or recommend medical use.)