The flux be with you! Where is that Magnetic Flux? 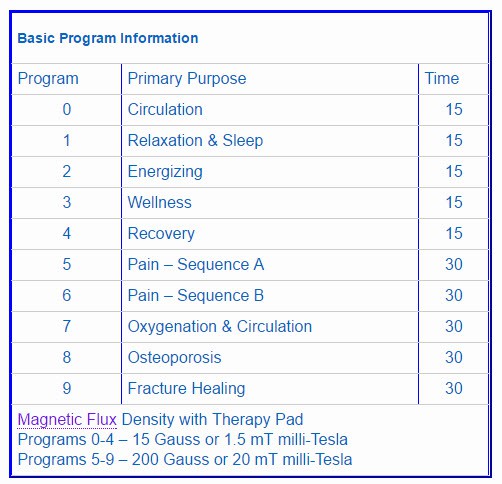 Many of the various models Curatron 2000 come with a mattress or therapy pad to deliver the magnetic flux to you, the user. The coils typically are arranged longitudinally in the mattress or pad. Some of our customers become concerned that all of the energy/flux density is in the center of the mattress or pad. Nothing could be farther than the truth.

I decided to check with the experts at the factory and I received this response.”The magnetic field is spread evenly over the mattress as far as technological possible. The fact that you are only able to ‘feel’ with the test magnet the peaks in the fields closest to the area where the coils are located is because these areas do indeed create the highest power and will result in the highest mechanical vibrations in the test magnet.Having said this however placing of more coils closer together will result into opposite forces between the magnetic field lines cancelling out the resulting fields or placing coils farther apart will both lead to ‘dead’ magnetic areas. Also different coil diameters will not improve the aforesaid.The strength of the magnetic field decreases as the square root of the difference while the angle used for the measurement is critical as well.

Please be assured that the energy entering the body when laying on the mattress is optimally spread throughout the body taking also into account the distance of the average body to the mattress, the angle and the highest body mass according to the location. The only exception is into the lower legs and feet somewhat for which we recommend to use the therapy pad.”

Let’s chat a little about how some of the other guys do it!

Some other manufacturers use only one large coil in their full body mat, which is actually a long wire surrounding the mat. No difficult mathematical formulas are needed to show that the electromagnetic field in such a mat is a complete joke: it is impossible to come close to an evenly spread magnetic energy field over the full surface of such a mat!

The electromagnetic field generators for all the Curatron systems (home and professional units) are designed to drive all the coils in the mats all at the same time during the complete therapy session. The coils in the mattress are placed in such a way that the magnetic field is evenly spread out, as far as this is mathematically possible.